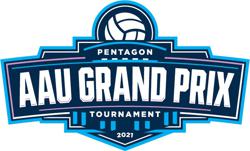 SIOUX FALLS, S.D. – The largest club volleyball tournament ever hosted by the Sanford Sports Complex is scheduled to take place April 10-11. The AAU Grand Prix features 155 teams from five states and will be contested on 23 courts divided between the Sanford Pentagon and the Sanford Fieldhouse.

There are seven divisions ranging in ages from 12-18. The field includes teams from South Dakota, North Dakota, Minnesota, Iowa and Nebraska. The Sanford Pentagon Volleyball Club has 22 teams competing in the field.

The championship matches in the 16-18 age divisions will be played in Heritage Court Arena on the recently installed Taraflex playing surface. Heritage Court has hosted several major collegiate volleyball events, including last week’s Summit League championship. The University of South Dakota defeated Denver 3-2 in the title match to earn a spot in the NCAA Division I tournament.

Passes to the AAU Grand Prix Volleyball Tournament will be given out by the teams with each athlete receiving four wristbands for family and friends. All matches will be livestreamed. You can purchase at: https://portal.stretchinternet.com/sanfordpentagon/

Winners from each age division receive entry to AAU Nationals in Orlando, Florida, or the AAU West Coast Championships in Las Vegas, Nevada.