The eight-team event tips off with four quarterfinal games. South Dakota Public Broadcasting will air all games via the SDPB-3 channel, while also providing streaming on SDPB.org. Mike Henriksen and Steve Thum will have the call.

Capacity restrictions are in place, and there will be limitations on the number of fans allowed in the Sanford Pentagon. All fans will be required to wear masks. Heritage Court Arena will be cleared and cleaned between games.

Sioux Falls Washington enters as the top seed. Brandon Valley is the defending champion, having won the tournament in 2019. The event was not held in 2020 due to the COVID-19 pandemic.

Unforgettable season
The Class AA tournament is part of a run of 39 postseason basketball games held over 17 days on Heritage Court, following the NSIC tournament and the Summit League tournament. It concludes a basketball season featuring more than 35 NCAA Division I games, including appearances by men’s No. 1 Gonzaga and then women’s No. 1 South Carolina. South Carolina is coached by Dawn Staley, a legendary former player who is also the coach of Team USA.

Parking and accommodations
Parking at the Sanford Pentagon is available on the east, west and north side of the facility. Need to eat? Great Shots and Blue Rock Bar and Grill are open on the Sanford Sports Complex campus. The Pentagon includes full-service concession stands. Want to stay close to the arena? The Fairfield Inn & Suites is also across the street. The venue also has an official team store and several ATM stations. 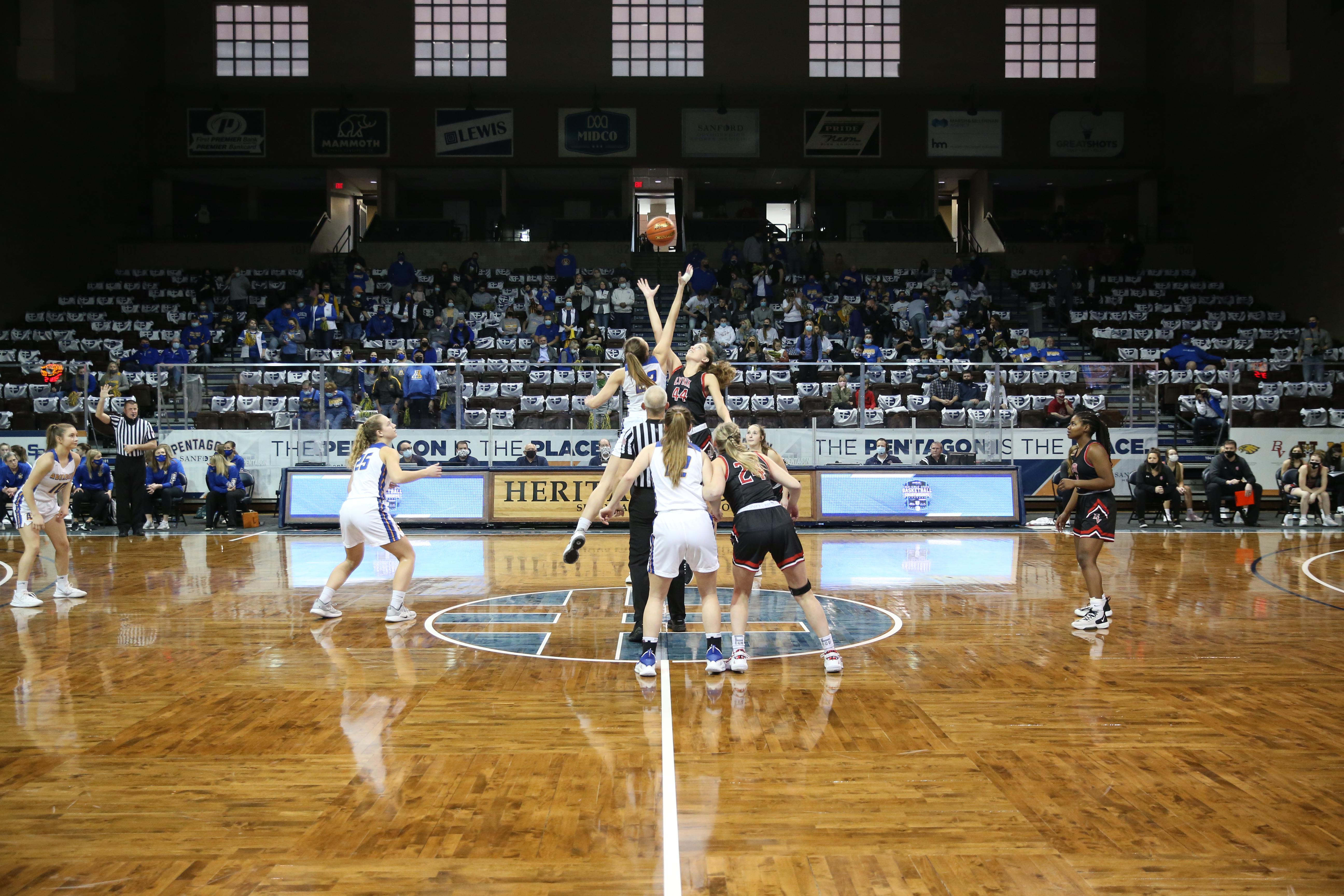