Wayne State outscored New York Institute of Technology by 17 points in the second half on the way to a 78-57 victory over the Bears, while Northern State (5-1) also used a strong second half performance in its 81-68 defeat of Missouri Southern State (1-3).

Wayne State (4-1) was led by Kendall Jacks who poured in 20 points to go along with seven rebounds. Tony Bonner added 19 points for the Wildcats. NYIT (2-2) was led by Jeffrey Haden who finished with 16 points.

Logan Doyle, who finished with 12 points and 14 rebounds, was one of five Wolves to score in double figures. Ian Smith led Northern State in scoring with 15 points. For Missouri Southern State, Elyjah Clark knocked down three 3-pointers and paced the Lions with 15 points. 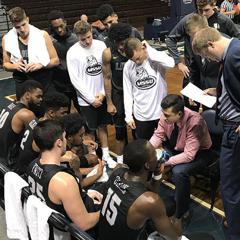