KANSAS CITY, Mo. – The National Association of Intercollegiate Athletics (NAIA) is pleased to announce that the Sioux Falls Sports Authority, Dakota State University (S.D.) and Northwestern College (Iowa) will serve as co-hosts for the 2018 & 2019 NAIA Division II Men’s Basketball National Championships. The Sanford Pentagon in Sioux Falls, S.D., will serve as the venue for the events scheduled March 7–13, 2018 and March 6-12, 2019.

“We are delighted to announce our agreement with the Sioux Falls Sports Authority, Dakota State University and Northwestern College,” said Jim Carr, NAIA President and CEO. “The Sanford Pentagon is a state-of-the-art facility and will enhance the championship experience for NAIA student-athletes. The city of Sioux Falls is rich with basketball tradition and the NAIA looks forward to adding to that history. We greatly appreciate the willingness of Dakota State and Northwestern to serve as co-hosts, as their efforts were instrumental in bringing the championship to Sioux Falls.”

The Sanford Pentagon, which seats 3,200 fans, is a world-class facility that showcases the history of basketball in the state of South Dakota and the region. It is home to the state High School Basketball Hall of Fame and the Sioux Falls Skyforce, a team in the NBA’s G League. The Pentagon contains two high-definition video boards and 18 suites offering the best fan experience.

“We are extremely excited to partner with the NAIA to bring the 2018 and 2019 Division II Men’s Basketball National Championships to Sioux Falls,” said Bryan Miller, executive director of the Sioux Falls Sports Authority. “The Sanford Pentagon is a first-class facility and will provide the fans and athletes with a unique and memorable championship experience. We would like to thank Northwestern College and Dakota State University for their support in the bid process and look forward to working with both institutions as co-hosts of this championship.”

A hallmark of each NAIA national championship is involvement of each of the 32 participating teams in the local community through the NAIA “Champions of Character” program. Sioux Falls tournament organizers will begin working with the NAIA national office to define the program that will be a part of the championship. Similar programs at other championships include each team making school visits at local elementary and junior high schools, hospital visits or kids clinics.

The championship format welcomes 32 teams to Sioux Falls in single-elimination play over the course of six days. There are eight games in each of the first three days, followed by the quarterfinals on Saturday, the semifinals on Monday and the national championship final on Tuesday. The bracket includes four quadrants which have seeds 1-8 in each segment.

In the 26 years of the NAIA DII Men’s Basketball National Championship, there have been 14 different programs crowned national champion. Grace (Ind.) won the first-ever Division II hardware in Stephenville, Texas in 1992 and Union (Ky.) was the last one to raise the red banner, defeating Cornerstone (Mich.), 72-69, in 2017.

Ticket information will be announced later. 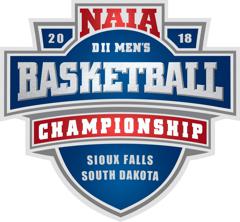 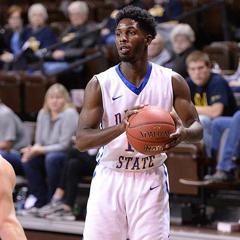