Minnesota pulls away from Vanderbilt at Pentagon 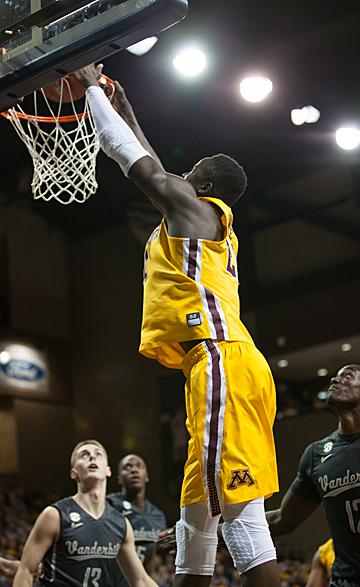 The final Minnesota (7-1) run included four points by Amir Coffey and a put back by Jordan Murphy in the last 1:33 of the game. Murphy finished with 16 points and 14 rebounds--his third double-double of the season. Coffey added nine points.

Vanderbilt (4-4), which led by as many as 12 points early in the first half, got a 12-point, 16-rebound performance from Jeff Roberson. Luke Kornet also scored 12 points.

Minnesota was playing a game at the Pentagon for the second-consecutive season. The Gophers dropped a 62-60 decision to Oklahoma State at the venue a year ago.

Saturday's visit by Vanderbilt marked the first time a Southeastern Conference team has played at the Pentagon.