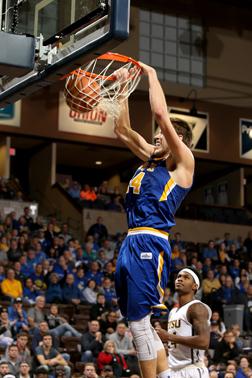 Milwaukee (2-3) didn't allow a UC Irvine (3-3) player to reach double figures and held the Anteaters to a 25.6 percent shooting performance. That cold UC Irvine shooting included a 1-of-14 outing from 3-point range.

Brock Stull and Brett Prahl both scored in double figures for Milwaukee with 11 and 10 points, respectively.

Behind a game-high 22 points from TJ Cromer, East Tennessee State (4-1) never trailed and led by as many as 26 points in its victory.

South Dakota State's (1-6) Mike Daum recorded his second double-double in as many nights with 17 points and 10 rebounds.

The three-day Pentagon Showcase wraps on Sunday. East Tennessee State and UC Irvine have an 11:30 a.m. meeting; South Dakota State and Milwaukee will play at 2:30 p.m. in a game that will be televised by Fox Sports North and Fox Sports Wisconsin.