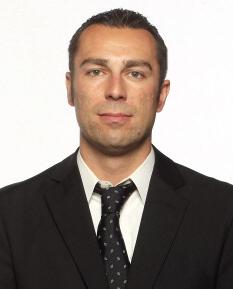 SIOUX FALLS, S.D. - The Miami HEAT announced Wednesday that Nevada Smith has been named head coach of the Sioux Falls Skyforce, becoming the 19th head coach in franchise history. An introductory press conference for Smith will be held on Friday, Sept. 23, at 2 p.m. at the Sanford Pentagon.

“We are excited to welcome Nevada back to the Development League in his role as head coach of the Skyforce,” said Skyforce General Manager Adam Simon. “His passion for coaching and his history of developing players make him a great addition to our organization. We look forward to Nevada applying the HEAT culture to our developmental program in Sioux Falls.”

Prior to joining Keystone College, Smith had previously compiled nine years of collegiate coaching experience at Ithica College, Allegheny College, Canton and St. Lawrence University dating back to the 2002-03 season.

Before graduating in 2002, Smith was a four-year starter at Bethany College and ranks near the top of numerous school record lists. Smith holds the school record for most made 3-point field goals (313), second-best 3-point percentage (.466) and best free-throw percentage (.870). He also ranks 10th on the all-time scoring list with 1,255 career points, and eighth in games played (105). In his final season, Smith propelled the Bison to a 21-win season and the school’s first NCAA tournament appearance in nearly 20 years.