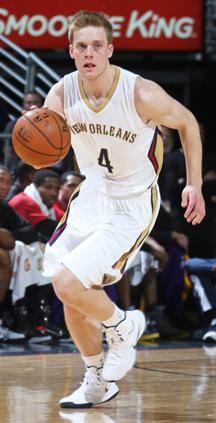 The Nate Wolters Basketball Camp is open to girls and boys in elementary through high school. Wolters and Sanford POWER Basketball Academy staff will take campers through offensive skill work.

Wolters recently completed a stint in the NBA Summer League with two teams. He averaged 6.2 points, 4.0 rebounds and 3.2 assists per game with the Indiana Pacers summer squad while playing in the Orlando portion of the league. He finished the Las Vegas segment of the league with the Washington Wizards, averaging 9.3 points, 3.3 rebounds and 3.7 assists per contest. Wolters was a second-round NBA draft pick in 2013 and has played with the Milwaukee Bucks and New Orleans Pelicans. Last season, he played for Besiktas J.K. in Turkey.

A native of St. Cloud, Minnesota, Wolters finished his career at South Dakota State in 2013 as the school’s all-time leading scorer with 2,363 points and is the only player in Jackrabbit history with more than 2,000 points.