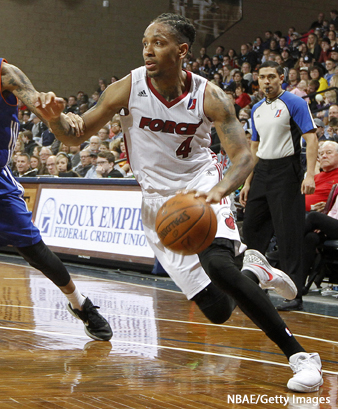 SIOUX FALLS, S.D. - The Sioux Falls Skyforce are the No. 1 seed in the Eastern Conference and will face the fourth-seeded Westchester Knicks for at least one game at the Sanford Pentagon in the first round of the NBA Development League playoffs.

The best-of-three series starts Tuesday at 6 p.m. in Westchester, N.Y.

The remainder of the series is at the Pentagon. Game 2 is Friday at 7 p.m., and a third if-necessary game is Sunday at 7:30 p.m.

The series winner advances to take on the winner of the Maine Red Claws vs. Canton Charge in the Eastern Conference Finals.

Tickets can be purchased by calling the Skyforce office at 605-332-0605 or online at ticketmaster.com.