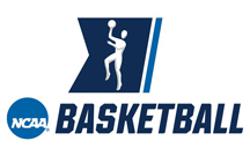 SIOUX FALLS, S.D. – Augustana University, ranked No. 2 in NCAA Division II men’s basketball, is the No. 1 seed in the Central Region and will host the regional tournament Saturday, Sunday and Tuesday at the Sanford Pentagon.

Back at it again
Augustana is hosting the regional for the second-consecutive season. Last season, the Vikings also hosted the region tournament at the Pentagon. MSU Moorhead, which is the No. 3 seed in this year’s tournament, is the defending Central Region champion.

Parking and accommodations
Parking at the Sanford Pentagon is available on the east, west and north side of the facility. Need to eat? The Pentagon includes full-service concession stands, and Beef O’Brady’s is a short walk across the street. Want to stay close to the arena? The Fairfield Inn & Suites is also across the street. The venue also has an official team store and several ATM stations.

Gear up
Get outfitted with stylish gear from the Pentagon Store, located on the lower level just inside the main entrance. Shirts, shorts, hoodies, you name it, the Pentagon Store is a great place to grab a memento from your visit to our facility.