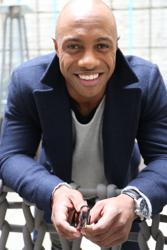 Tickets are free, but there is limited availability. They can be picked up on a first-come, first-serve basis at the Argus Leader or Sanford Pentagon beginning Tuesday, March 8, at 9 a.m.

The First Five ceremony, which is at the Pentagon for the second straight year, honors South Dakota players of the year and First Five athletes in boys and girls basketball. Athletes from all three of the state’s classes of basketball are eligible for First Five honors, a tradition established by Argus Leader Media in 1979.

“I’m excited to help honor the best high school basketball players in South Dakota,” Williams said. “I’m also looking forward to seeing the Sanford Pentagon for the first time. It’s gaining a reputation as one of the best facilities in the country.”

Williams helped Duke to the NCAA National Championship in 2001. He was a two-time All-American and won several national player of the year awards between 2001 and 2002. Williams was selected second in the 2002 NBA Draft by the Chicago Bulls. He now works as a college basketball analyst for ESPN.

In his recently released book, “Life is Not an Accident: A Memoir of Reinvention,” Williams talks about a 2003 motorcycle accident that ended his career and sent him into depression. The memoir also addresses his time at Duke and in the NBA.

The First Five awards will be followed by the second annual South Dakota Basketball Coaches Association/Sanford Pentagon All-Star Games powered by Under Armour on April 10.