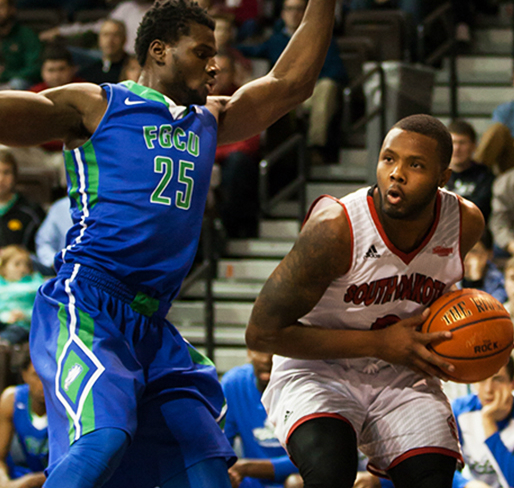 It was the third overtime win in seven games for the Coyotes (8-6), who ended a two-game skid.

Florida Gulf Coast (6-7) got a career-high 25 points from guard Christian Terrell, but lost its third straight. Marc-Eddy Norelia recorded 20 points and 12 rebounds for his sixth double-double of the season. He also had five of the Eagles’ 10 blocks.

Kasperbauer tied his career high of seven 3-pointers against the nation’s top defense against the long ball. Eagles opponents had made 24 percent of their attempts entering play Monday. Kasperbauer made his first three to push USD to a 9-1 lead. He had five triples before the midway point of the first half.

South Dakota built a 35-22 halftime lead behind 19 points from Kasperbauer. The Eagles used a 20-5 run during a five-minute stretch to take its first lead of the second half at 53-52 with eight minutes left in regulation. Terrell scored 11 points during the rally and the Eagles used a full-court press to help force five turnovers.

Burnette converted a three-point play with 33 seconds left in the second half to tie the game at 71-71. The Eagles held for the final possession, but couldn’t get a shot off before the shot clock expired. South Dakota guard Trey Norris took a long 3 at the buzzer that bounced off the front of the rim.

Coyote big man Eric Robertson converted a three-point play on the first possession of overtime and added a jumper at the 3:43 mark that gave USD a 76-73 lead. Robertson fouled out moments later. He finished with 11 points and six rebounds.

Dan Jech, who replaced Robinson, scored a layup in the lane after his pass deflected off an official and bounced back to him. The score put South Dakota ahead 83-78 with 58 seconds remaining. Jech had six off the bench.

Eagles guard Julian DeBose drilled a triple to cut the deficit to two points with 51 seconds left. He had 12 points. It was the final score of the game for FGCU.

Davis, who picked up his fourth foul with eight minutes left in regulation, scored in the paint to give USD an 85-81 lead with 20 seconds left. He had two steals and two breakaway scores in the closing seconds to seal the win including an emphatic dunk on the final play of the game.

South Dakota finished 8 of 22 from three-point range for 36 percent. Kasperbauer was 11 of 20 from the field and 2 of 2 from the line. He scored the most points by a Coyote in a game since Juevol Myles had 32 against Morehead State on Dec. 19, 2012.