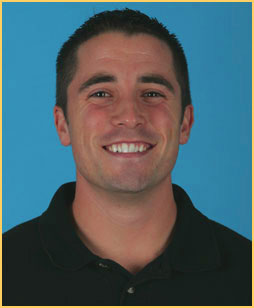 SIOUX FALLS, S.D. – The Miami HEAT announced today that Dan Craig has been named head coach of the Sioux Falls Skyforce. He becomes the 18th head coach in franchise history and has been a part of the HEAT organization for the past 12 years. An introductory press conference for Craig will be announced at a later date.

The Skyforce play their home games in the Sanford Pentagon.

“Dan Craig has done a great job for the Miami HEAT over the 12 years he has been with us,” said HEAT President Pat Riley. “He is a terrific young coach and is the ‘next man up’ for this challenge with our affiliate in Sioux Falls. He will bring the HEAT culture and great coaching to the team.”

Craig, who served as the head coach of Miami’s Summer League teams the past three seasons, has continuously worked his way up the organization after originally joining the HEAT as an intern in the video department in 2003. He was named assistant video coordinator in 2004 and two years later was promoted to video coordinator, a role he served for five seasons before being elevated to video coordinator/player development coach prior to the 2011-12 season.

Season tickets for the 2015-16 season are on sale. For more information, please contact a Skyforce representative at (605) 332-0605 or info@skyforceonline.com.