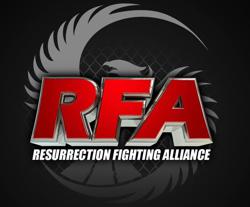 "RFA 29 will have a USA vs. Brazil team concept that will feature some of the top MMA prospects from each country," said Soares. "Robbie Lawler and Lyoto Machida will be the honorary coaches for each team. In the main event, Ricky Musgrave and Raoni Barcelos will also be competing for the vacant RFA featherweight title. This entire card is stacked and I can't wait to see what happens at RFA 29 on Friday, August 21."

Tickets for RFA 29 - USA vs. Brazil are available at ticketmaster.com, cagetix.com and the Pentagon box office.

Musgrave (14-4) is riding a considerable wave of momentum coming into this title fight. In his most recent outing, "The Spazmanian Devil" scored a dominant first round TKO win over four-time UFC vet and jiu-jitsu black belt Alvin Robinson at RFA 22 in January. The win took place in Musgrave's hometown of Colorado Springs, Colorado, and extended his winning streak to four. The former U.S. Army Ranger has won six of seven fights over the last two and a half years.

"I've asked for it, I've waited for it, and now it's finally here," Musgrave said about his RFA title shot. "Everyone at Pariah MMA in Colorado Springs is excited about this, and our gym is about to be put on the map. Barcelos is a tough kid, very aggressive and a worthy opponent. I'm excited to get in there and fight."

Barcelos (8-1) also returns to the RFA octagon fresh off a scintillating first-round finish. The win came via KO over the previously undefeated NCAA Division I All-American wrestler Jamal Parks at RFA 23 in February. The bout was the Brazilian dynamo's third for the promotion, and he was able to showcase his well-rounded skill set in devastating fashion. On top of his tremendous KO power, Barcelos is a world-class jiu-jitsu black belt who began training "the gentle art" with his father, black-and-red belt Laerte Barcelos, when he was just 2 years old. The Nova União standout now looks to add the RFA featherweight title to his lengthy list of athletic accomplishments.

"I am very happy to fight for the RFA world title," said Barcelos. "RFA is an event that has been showing a lot of talent for the world to see. I'm sure with this fight I will have the opportunity to be recognized for my work. It's a dream come true and an honor to be a champion of a great event like the RFA."

The co-main event of RFA 29 will feature two welterweight MMA prospects who are quickly rising the ranks of a historically deep division. The first is one of the most beloved fighters in the state of South Dakota. That would be none other than Jordon Larson (6-1), who was born and raised in Sioux Falls but currently trains out of Power MMA in Gilbert, Arizona. Larson has been the recipient of two of the loudest ovations in RFA history and will be looking for his third. He will be tasked with facing Brazilian juggernaut Ackson Junior (5-0), who trains out of the famed X-Gym in Rio de Janeiro, Brazil. "Tank Russo" has been sensational fighting inside of his home continent of South America. He has stopped all five men he has faced with only one of those bouts lasting more than one round.

RFA 29 will also feature the biggest and most important women's MMA bout to ever take place in the state of South Dakota. RFA fan favorite Jocelyn Jones-Lybarger (5-1) will be the female representative for Team USA. Jones-Lybarger has won all three of her fights in the RFA since making her debut for the promotion in 2014. The MMA LAB standout will be looking for her fourth win in the fourth different state she has fought in for the promotion. She has been given a tough assignment, which will see her clash with the highly-regarded Brazilian strawweight Kinberly Novaes (8-2). Novaes is a dynamic striker that trains under UFC and PRIDE vet Cristiano Marcello at CM System in Curitiba, Brazil. Noaves is perhaps best known for scoring a second round TKO victory over top-ranked UFC bantamweight Jessica Andrade in just her third professional fight.

Additional bouts at RFA 29 - USA vs. Brazil will be announced soon. RFA 29 will be the promotion's third event to take place in South Dakota since the state sanctioned MMA last summer.

About RFA
RFA is a professional mixed martial arts promotion that gives rising stars and top contenders the opportunity to prove their talent to fans and leaders in the industry. The RFA presents live events on a monthly basis around the United States including Las Vegas, Los Angeles, Denver and Milwaukee. RFA can be seen live in over 43 million homes nationally through its television deal with AXS TV. Based in Las Vegas, Nevada, RFA is one of the most active and respected MMA organizations in the fastest growing sport in the world. (The Octagon, Ultimate Fighting Championship®, UFC®, and the eight-sided competition mat and cage design are registered trademarks owned exclusively by Zuffa, LLC. All rights reserved). 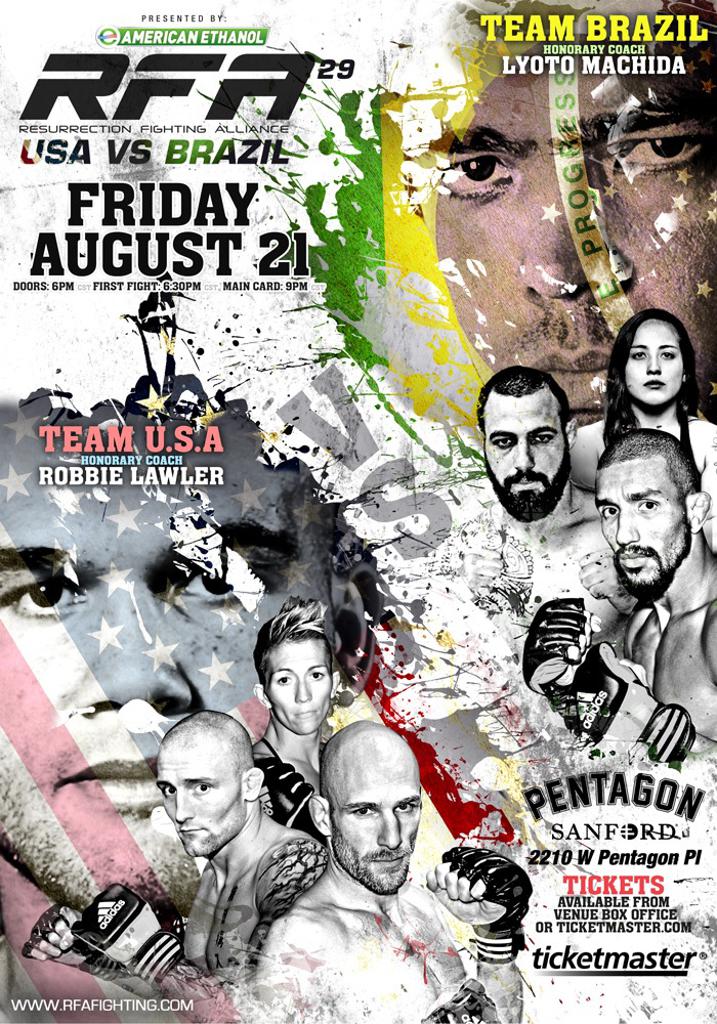