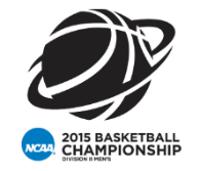 INDIANAPOLIS – The Augustana men's basketball team earned the No. 1 seed and will host the NCAA Central Region Tournament March 14-17 at the Sanford Pentagon.

The Central Region is made up of teams from the Northern Sun Intercollegiate Conference, the Mid-America Athletic Association and the Great American Conference.

Tickets will go on sale at 9 a.m. on Tuesday at the Pentagon box office and ticketmaster.com.

To visit the tournament site, go to goaugie.com/d2mbbcentral.